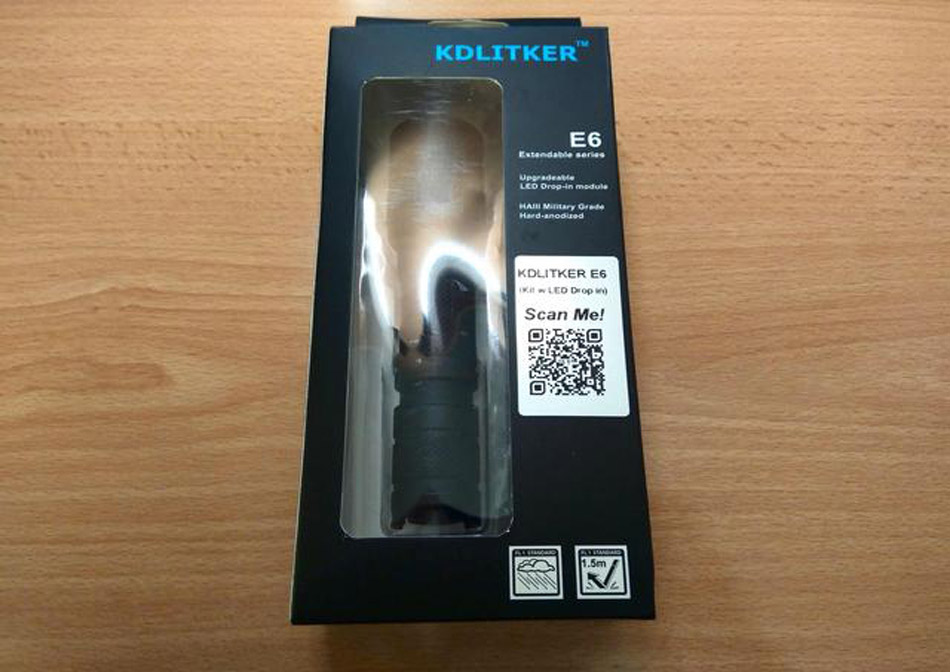 I will be reviewing the KDLITKER E6, the new P60 style flashlight sold by Kaidomain.com

Let's start with the packaging.

The flashlight comes in a simple cardboard box with a clear front cover. 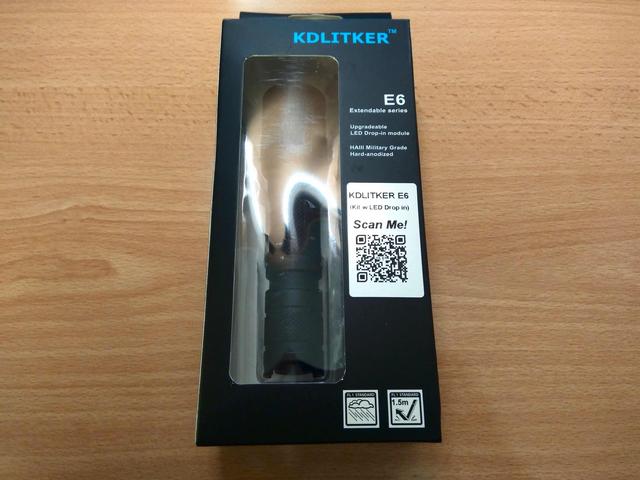 Apart from the flashlight itself, you also get an extension tube (the light can be used either with 1 or 2 18650s), a nice adjustable lanyard,

two rubber cigar grips, 4 spare o-rings, a cleaning cloth (which I forgot to include in the picture) and a GITD switch cover. 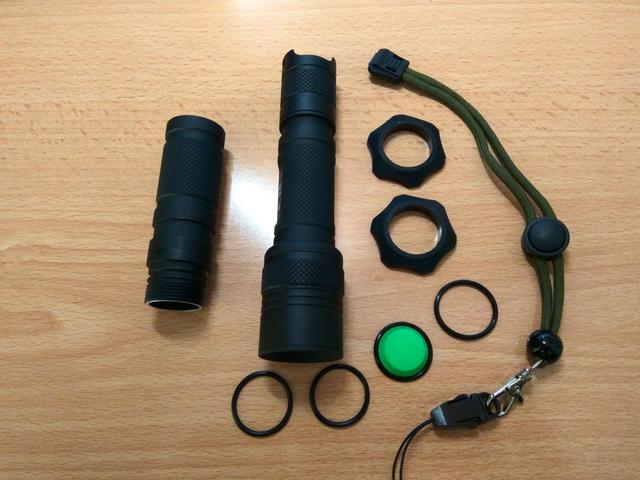 As seen, the light is actually a P60 host, which means that it accepts regular drop ins.

The whole light is covered in diamond cut grooves for better grip, while the cigar grip attachment also helps in keeping the light from rolling. 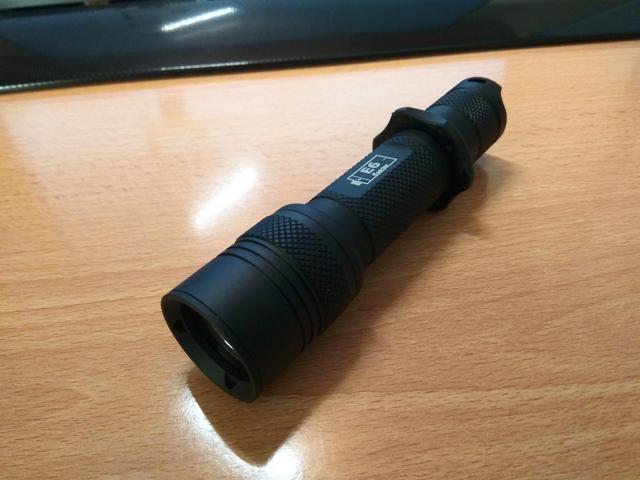 Its surface is coated by a nice coarse, black, matte anodization that gives it a stealthy look. 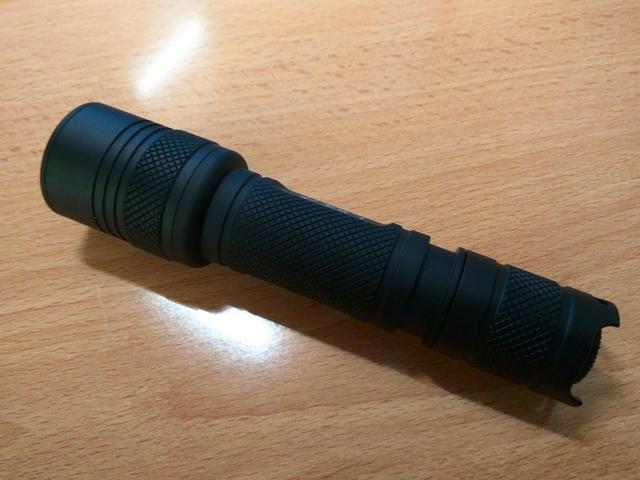 And here's the light on its full length, with the extra 18650 tube installed. 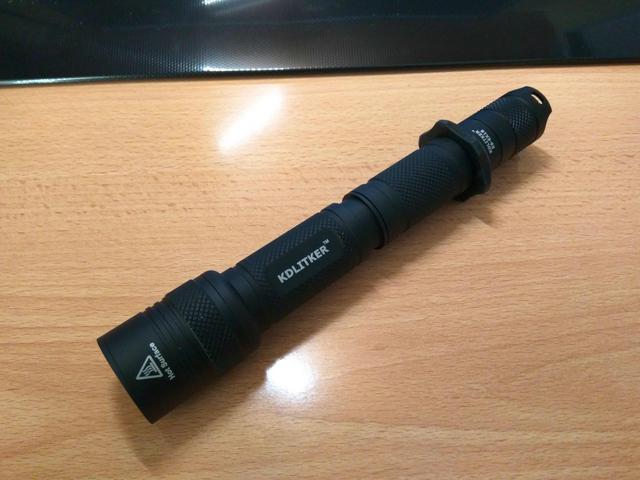 Being a P60 host, the light can be easily disassembled into its basic pieces. 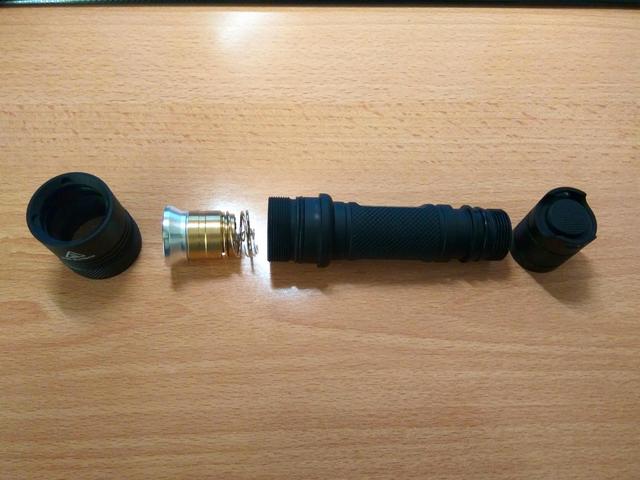 Both threads of the body are anodized, which allows for mechanically locking out the light by slightly twisting the tailcap.

Despite being triangular, the threads are cleanly cut and arrived well lubricated. 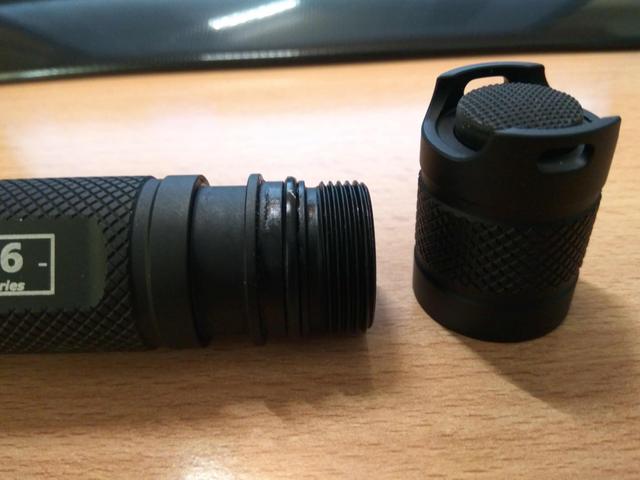 The head houses the AR coated lens which is held in place by the smooth bezel. 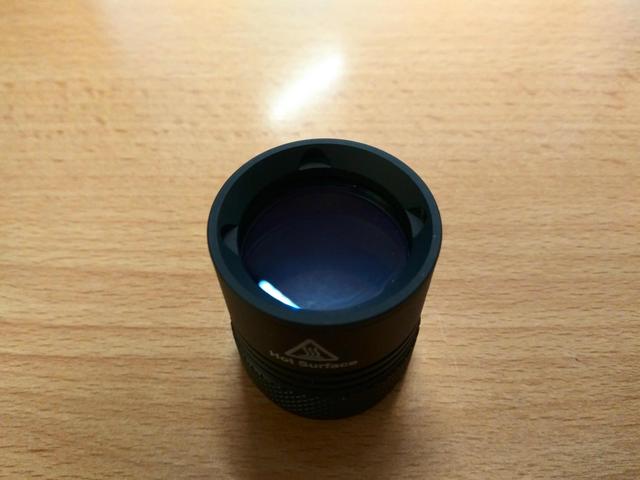 Here's the P60 pill that came with the light.Kaidomain offers a wide selection of pills, but I went with an XP-L Hi 6500K with smooth reflector and 3 modes.The pill has a larger brass core and its overall quality is right on point. 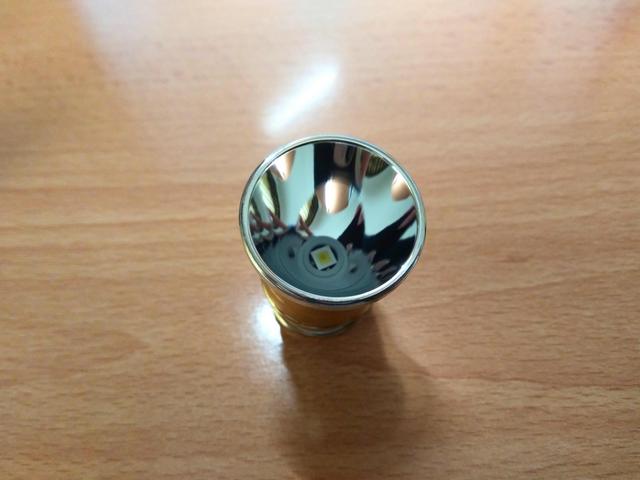 The emitter is perfectly aligned with the help of the centering ring. 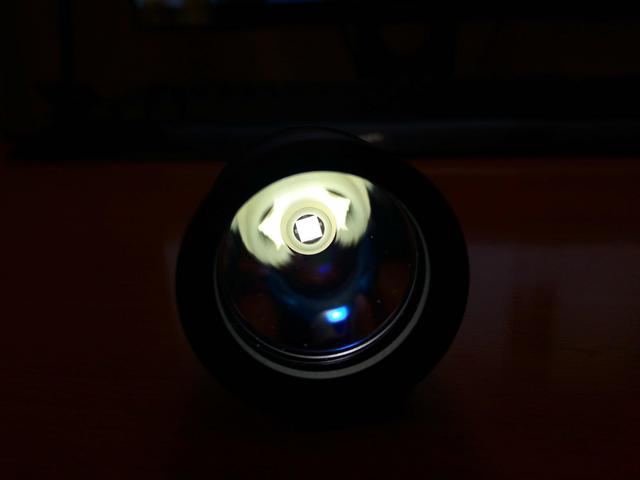 Thanks to the switch's deep positioning, the light can tailstand with ease.The tail of the light can be easily taken apart by loosening the retaining ring. 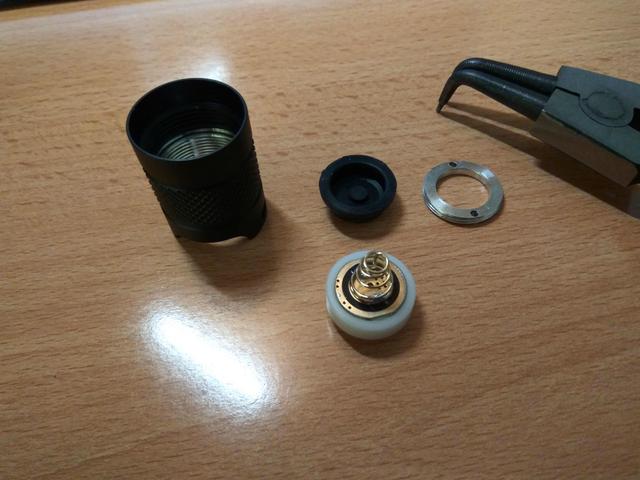 The reverse clickie switch is quite stiff and tactile and is seated inside a white spacer.The switch's spring is quite soft in contradiction to the pill's spring that's a bit thicker and stronger. 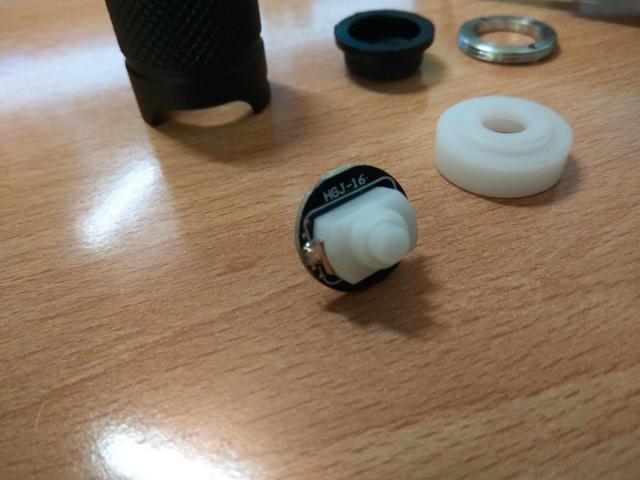 And here's the E6 with the Glow in the Dark switch cover installed. 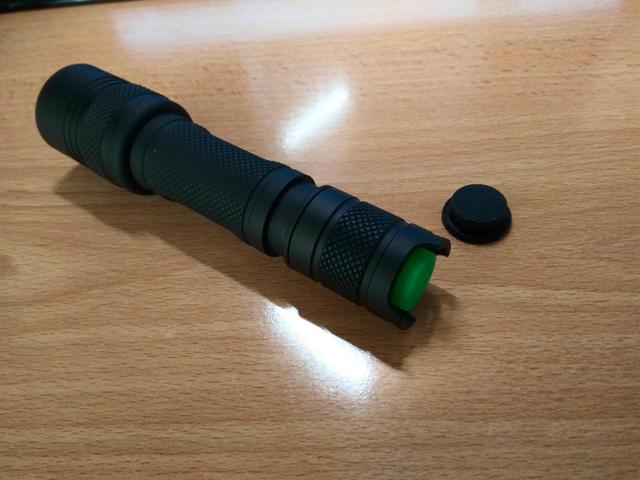 The drop in that I chose has a very simple UI and that's the primary reason why I went for it.It has 3 modes Lo (5%) -> Mid (35%) -> High (100%) which can be cycled by a half press of the switch.Of course mode memory is existent as well as LVP which completely shuts off power at 2.6VAdditionally, Kaidomain refers to a function called 'Smart Thermal Management' that is used to monitor the pill's temperature and regulate the current going into the LED accordingly.

In order to measure the current draw of the flashlight I used a clamp meter and a Samsung 25R 18650 cell.
The cell configuration doesn't impact performance. The driver will pull half the current when it runs on 2 x 18650.
My measurements are for the 1 x 18650 configuration.

Lastly, here are a few beamshots to help you understand the mode spacing. 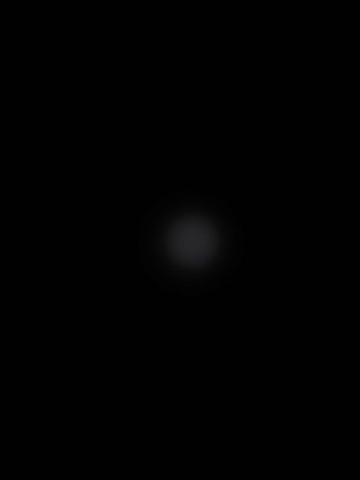 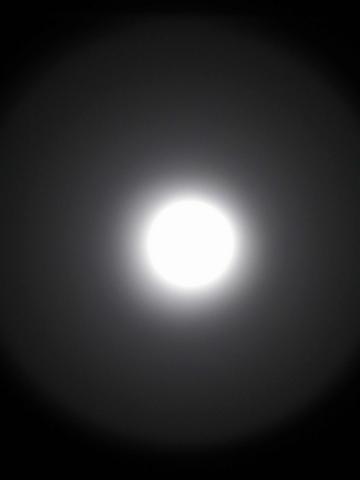 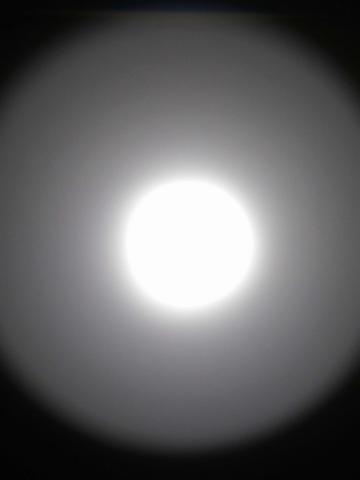 Overall, the flashlight is keeping it nice and simple.It doesn't have any bleeding edge technology into it, but everything that it packs should be more than enough for one's needs.

Please login to add a comment. If you do not have an account, please register for one.